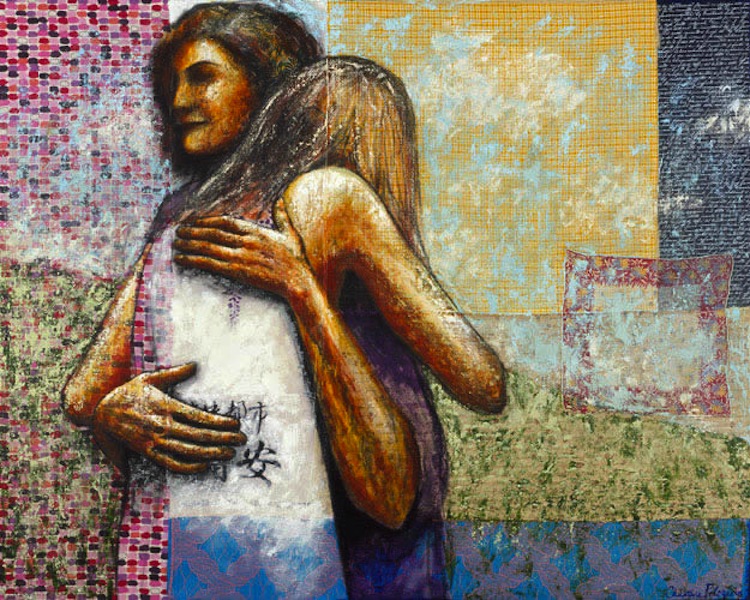 We interviewed someone (who requested to remain anonymous) about his struggle with alcoholism and subsequent recovery. This person touches on his addiction, road to recovery and how the simple act of giving thanks changed his life. Below is the interview in full.

Thank you for agreeing to do this interview.  First off, how long have you been sober?

How old were you when you first experimented with alcohol?
The first time I seriously ingested alcohol was when I was a freshman in college. I was eighteen. I don't really remember it, but I know I got drunk and passed out.

What other drugs did you experiment with?
I used marijuana regularly for years, ending in the mid 1980s. In college I used amphetamines and barbiturates. In the 90s I loved cocaine on a Saturday night.

Why do you think you struggled more with alcohol than the other drugs you had dabbled with?
I was able to stop any drug use before I ever tried to quit alcohol. I am an addict. I want MORE. Eventually it wouldn't matter what it was, just give me MORE. The sad reality of always wanting MORE is that there is never enough of any mind-altering substance to make the obsession go away. The only thing that removed my obsession to drink was a power greater than myself.

When did you realize you had a problem? How did you come to this realization?
In 1998 I had started drinking heavily at home. I had eschewed bars in favor of the isolation of home. I could drink more and just pass out in bed. I had two roommates at the time. One came to me and offered that the anti-depressant I was taking must give me an iron stomach because I could drink more tequila than anyone. I knew I was an alcoholic but I wasn't anywhere close to thinking I needed to do something about it.

What spurred you to seek treatment? Was it a specific occurrence?
I drank to excess daily and binged on the weekends. I was missing work and slipping mentally into a stupor. Following a binge weekend and missing work without calling two co-workers came to my apartment. I wouldn't answer the door but they could hear me telling the dog to be quiet. That evening another co-worker came to see me. She is from a family of alcoholics and she asked to speak with me. She stayed hours and I cried and agreed to enter a treatment facility. The next morning she came and picked me up and we drove to rehab. That was May 30, 2001.

I stayed there for almost three weeks and did quite well but I was back in that same rehab center in August, two months later. There was no room in the chemical dependency unit so I was put in the psyche unit. I met another alcoholic there and we became friends. We remained friends afterward, I got a sponsor and did the step work as directed. I found a lot of relief in that work, but if I was sitting in a meeting of Alcoholics Anonymous it was because I did not drive around the block several times and go home. I was terrified of the people in those meetings. I kept myself behind a wall and looked for ways for the program to not work. In less than ten months I was relying on bi-weekly therapist sessions to keep me sober.

How did your addiction affect your relationships with friends and family? With yourself?
I lost three parents in 1999-my parents and my stepmother. My mother was in a nursing home in a dementia/ALS vegetable state and was totally unaware of my alcoholism. I was rarely in touch with my father and stepmother during my adult years so they were unaware, too.

I was always close with my sister. She and I communicated, but we were usually both drunk when we did. She has since quit drinking and is not an alcoholic.

In my alcoholism I lost myself. I could barely focus on anything other than getting to work and getting home so I could pour more alcohol into my body. The pain of not having alcohol was unbearable and during the last three years of my drinking there was hardly a day I did not drink. I would detox on Sundays, a dangerous thing considering how saturated my body was with alcohol. Often I would lie awake all night not being able to sleep and got quite adept at lying there, watching my hallucinations and waiting for the dread of sunrise. I lost touch completely with my spirituality. I had no sense of my own self other than the despair of living the life of an isolated messy drunk.

Talk about giving thanks and gratitude as it pertains to your road to sobriety.
I mentioned earlier I looked for ways for the program of AA to not work for me. I found many. What I have realized since finding my way back is that it was just as easy, and probably easier, to find ways for the program to work. I had surrendered the day I walked back in the doors of AA. I started receiving gratitude lists via email from several sober members and eventually started my own. A friend and I discovered blogging in December 2004. Soon we were both blogging and our blogs were designed around our gratitude lists.

I soon found, upon daily meditation on gratitude and writing my lists that my fear was easing. I had done my fourth and fifth steps with my sponsor and we discovered the underlying factor in practically all my character defects was fear. I was a fear-based alcoholic, and all my reactions to the world and my life stemmed from that fear-that I wouldn't get what I wanted or lose something I had.

I read Conversations with God and discovered a new way to pray. On page 11 it states:

"Thankfulness is thus the most powerful statement to God; an affirmation that even before you ask, I have answered."

This statement truly changed my life. I started adapting my prayers to those of gratitude. I speak with my Higher Power often. I always communicate with gratitude, with thanks for what I have been given. From this practice of finding gratitude in everything I have been given a faith and trust that I will be absolutely be taken care of. I have to do my part, of course. I have to do the work suggested to me, work with my sponsor, participate in fellowship, look for the next, right loving thing and have the power to carry it out. I maintain a relationship with a Higher Power and I must always remember my primary purpose as stated in the Big Book of Alcoholics Anonymous, "to stay sober ourselves and help another alcoholic achieve sobriety."

What was the single biggest obstacle in your road to becoming sober?
Fear. I was so afraid of what I would have to do once I stopped drinking. I was so afraid of other people. My self-esteem was practically non-existent. I had also given up on my spirituality because I wanted instead to chase the feeling alcohol gave me. These two things tripped me constantly.

What methods proved successful to staying clean? What methods proved unsuccessful?
The only thing that got me sober was the surrender I was given by the grace of a Higher Power. I give thanks for that daily, before my feet hit the floor. What keeps me sober is working the program of Alcoholics Anonymous to the best of my ability, working with a sponsor, attending meetings regularly, working with others and participating in fellowship. Unity, service and recovery are the three legacies of AA. If any leg of that legacy gets weak I can be in trouble.

Talk briefly about happiness, in any sense of the word, back then and now.
That I know I never have to do anything alone again, ever, goes a long way in keeping me serene. I guard my serenity only second to my sobriety. Without sobriety I really have nothing other than the pitiful life I had before. Now I have what I want and want what I have. Who can truly ask for more? My happiness is indescribable some days. I truly do not think I had ever experienced happiness before.

Do you have any words of advice, hope or encouragement for those presently struggling with addiction? Anything else at all you'd like to share or say?
If you can accept the fact you are an alcoholic (or addict) and will give the program of Alcoholics Anonymous a fair chance you will be astonished at what the results can be. Learn that alcoholism is a disease and that you are not a bad person. Be willing, open-minded and honest and you can have a life beyond your dreams.