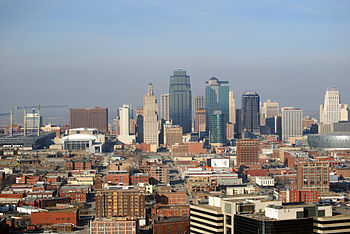 Kansas City is home to some 470,800 people. It is located in the state that is infamous for being known as America’s meth king, Missouri.

Most Popular Drugs in Kansas City

Meth, which usually goes by any one of its names such as:

is one of the chief drugs common on the Kansas drug market. The potent substance known for stimulating brain cells and enhancing mood is one of the more popular drugs, especially in the party and club environments. It is currently going for between $2,000 and $2,500 for an ounce of the white powder.

Meth is mostly trafficked originally from Mexico, but it is also made by local manufacturers from local household products such as acetone, anhydrous ammonia, hydrochloric acid, sulfuric acid, and toluene. These might sound strange, but common terms for the above chemicals are nail polish remover, fertilizer, pool chemical, drain cleaner and brake fluid.

Street drugs that can be found easily on the streets of Kansas City include:

Other prescription drugs that are being abused are:

These often stress relievers and used to alleviate muscle spasms and prevent seizures. Abuse of these drugs can lead to brain damage.

Stimulants: such as Ritalin and Concerta. Students who have to spend all night studying are the typical fans of these kinds of drugs.

There are generally three main treatment processes that are initiated at most rehabs in Kansas City. These are intervention, detox, and residential rehabilitation. Each process serves a unique function and each process attracts a particular kind of person. More than 20,000 people enter rehab every year for any one of the following processes.

Intervention therapy often involves those who have been on narcotics and are looking for help to stop. They can usually attend these sessions with their friends or loved ones for accountability’s sake. Treatment can last up to 90 days.

This is for those who have finally decided to come clean and stop using drugs. They will need to have their entire system cleaned from the inside out. Detoxification is the process that helps them do this. This process is generally the hardest for most people as it involves having to endure the unpleasant and often difficult-to-bear side effects and withdrawal symptoms that accompany detoxification. Medical detoxification is an option that is fast becoming popular that helps minimalize the amount of discomfort felt by the patient.

Sometimes a patient needs to remove themselves from the toxic environment that is causing them to be drawn to drugs. Checking into a residential rehab center affords the patient a chance to get sober and cleaned up in a supervised, hygienic and calm environment.

42% of teenagers surveyed in Kansas City claimed that they got to experiment with drugs for the first time, with drugs supplied by their friends.

One method that is being touted in many schools is children’s drug education. Children in Kansas City are exposed to drugs at almost every place, including school. 78% of teenagers say that they know someone who is involved with marijuana dealings, whether it’s actually smoking or using the substance or selling it. This figure means that 7 out every 10 children have been exposed to cannabis before the age of 18. Without sufficient information, it is easy for children to become lost in the drug world at an early age.

Schools have started introducing drug updates at parent student teacher meetings because of the need to keep parents in the know. If 46% of high school kids have experimented with marijuana by the time they leave high school, who knows what else they have been up to?

Schools in Kansas City are pushing to start teaching children from an early age. Research by the DEA shows that by the age of 12 most children have already started experimenting with prescription medication. Hence there is a need for both parents and children’s awareness of this drug issue.

Drug abuse among children is not something teachers can fight against on their own. They need the collaboration and help of parents because children who are left to their own devices become adults with serial drug addiction problems.