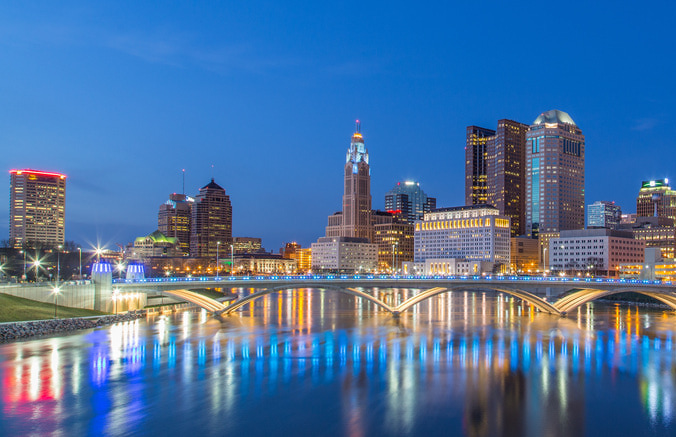 The magnificent city of Columbus is one of the top cities for business in the United States. The Ohio metro area contains Delaware, Licking, Franklin, Madison, Fairfield and Pickaway counties. The total population of the Columbus County as of 2014 has been estimated to be 835,957. Drug abuse trends in this part of the US have shown an alarming rise with the advent of various experimental drugs uses being reported.

Trends of the people reported to have been tested, arrested or admitted for drug abuse show a consistent rise. The use of prescription drugs has increased amongst teenagers, street peddlers, and even families; especially birthing mothers who gave birth to perpetually drug addicted babies at the time of infancy. A total of 6,918 drug users were checked into rehabs all over the state in 2014. Out of the total population, 0.39% received drug addiction relief treatment.  Admittance rates have come down 53.5% since 2007, whereas the usage rates have jumped up by 16.5% at the same time.

A state report prepared by the Ohio Department of Alcohol and Drug Addiction Services (Division of Planning, Outcomes & Research) reported that drugs like heroin, marijuana, crack cocaine, prescription opioids and hallucinogens are consistently demanded in the market. This demand showed increased availability, especially for heroin and marijuana. Heroin, being a cheaper and more easily available drug, was recorded as the highest in demand. A general shift towards heroin could be attributed to the restrictions applied on prescription opioids. The progression from the abuse of these drugs saw about 70-75% of abusers as heroin addicts.

Black tar heroin was found to be sold the most out of all the available types of the drug.  The current prices for black tar and brown powdered heroin show that a 1/10 gram costs $10, a gram about $70-$100 whereas an ounce would be $1,200. An extremely dangerous practice amongst drug users known as “Speed-Balling” (coupled use of both heroin and cocaine) was reported in this region.  An increase in high-grade marijuana (hydroponic and medical) was also seen during the time of this report.  This trend can be supported by the fact that a lot of people were exposed to growing marijuana indoors.  Prescription drugs are the biggest killer of families and the overall mental health paradigm in the uS.  OxyCotin commonly also known as “legal heroin” was a drug widely sold in Columbus.

It was also found that certain convenience stores or as they are called “head shops”, continued to sell bath salts to “special” customers despite the Columbus legislation banning the sale in October 2011. A majority of tested abusers explained that it was easy to use these bath salts with synthetic marijuana and in place of heroin, when it was not available. A rise in the use of powdered ecstasy (“pure” MDMA, aka “molly”) was seen amongst college-aged, drug dealers and “rave-party seekers”. Drug abuse at a younger age is particularly deemed harmful and dangerous as drug interactions may impair or alter brain development. About 25% of drug users have been reported to fall under the age group of 15 to 17 and an average of 47% in the higher range category of 18-24.

This drug is known by the street names of dance fever, goodfella, murder8, and China white. In 2015, the Ohio Department of Health reported a silent and steady killer called Fentanyl, which is a synthetically produced and extremely addictive opiate touted to be 50 times more lethal compared to heroin. This drug was involved in 502 fatal overdoses. This took the all-time drug death statistics to 2,482, which was a staggering 17.6 % jump over 2013. To a place that has lost over 12,000 people to overdoses since 2002, fentanyl has alone killed 5 times the people since 2013. This drug is often mixed with heroin and other drugs without the user having any knowledge in most cases.