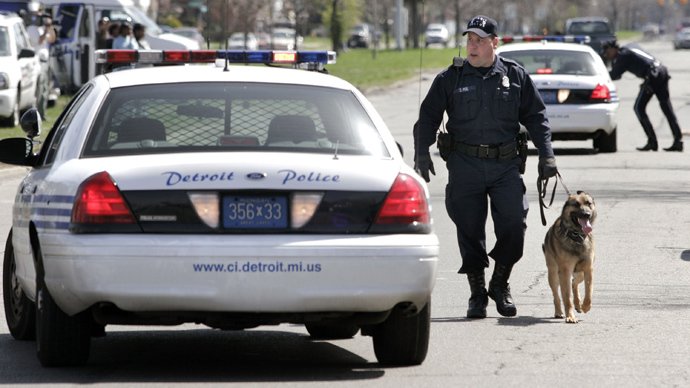 High crime areas are flourishing, expanding into every part of the once prosperous neighborhoods of Detroit. With the expansion of foreclosures around the region, gang violence and the sale of narcotics have found a new home. Local law enforcement has decided to take a stand against crime, answering the many worried calls from citizens desperate to reclaim their city.

According to Neighborhood Scout, an “enterprise-grade data” website for every neighborhood and city within the United states, Detroit is safer than only 2% of the cities in the United States. On average, almost 22 crimes are committed per 1,000 residents annually. Compared to the entire state of Michigan (1 in 220), there is a 1 in 47 chance that you will become a victim in the city of Detroit. Surprisingly, the crime rate dropped in 2012, despite the financial downfall that propelled Detroit into “the biggest municipal bankruptcy in U.S. history.”

The steady outflow of residents has driven Detroit’s murder rate up to 54.6 per 100,000, more than 10 times the national average and the highest in the country among large cities

One of the best ways to stop this catastrophe is to detect a link between the high murder rate and the small area of land that is causing so many problems. Daniel Fisher, author of “Detroit Again Tops List Of Most Dangerous Cities, As Crime Rate Dips”, writes, “The steady outflow of residents has driven Detroit’s murder rate up to 54.6 per 100,000, more than 10 times the national average and the highest in the country among large cities.” A majority of this information was compiled from the FBI’s Crime Statistics database, not from the state’s database, which suggests an inconsistency between the crime rate and what the cities government is doing to stop it.

Appointed by emergency manager Kevyn Orr, James Craig takes the place as Detroit’s new Chief of Police. As a native to Detroit, Police Chief Craig is ambitious in providing a safer neighborhood for the men and women of his beloved city. “Craig has launched a massive restructuring, replacing commanders with captains more in touch with neighborhood concerns and ending unpopular 12-hour shifts for patrol officers,” Fisher writes.

On July 13, 2013, Detroit police made one of their largest busts yet. Seizing over $3.3 million worth of heroin and cocaine, Police Chief Craig feels confident in cleaning the illegal use of drugs off the streets. The investigation began after an anonymous tip was left by a worried citizen, leading law enforcement to a local residence in the Glynn area. The residence was empty at the time of the search, exempting any criminal charges for the time being. Police Chief Craig made a statement insisting that the Detroit Police Department’s overall goal is to eliminate abundant quantities of illegal drugs off the streets of Detroit, despite the lack of leads in the ongoing investigation.

In February, local Detroit police raided 15 abandoned drug houses suspected of illegal activity. Upon entering the decaying residence police made 42 arrests; 21 of them included felonies and 22 were scheduled misdemeanors. The New Center area has been a district under speculation of illegal crime for a while now. After formulating a strategy, police raided the area, seizing a large amount of prescription drugs in the process. After detaining and charging everyone in the house, one woman admitted that she specifically went inside the abandoned house just to buy drugs.This is just one small victory against the ongoing violence in the city.

Even though the bust in February was a big accomplishment to law enforcement, some reporters speculate that the lack of cocaine or weapons in the raided residence may have been a waste of manpower and resources. Despite these claims, law enforcement remains optimistic towards fulfilling the requests from the surrounding community about the narcotics being sold in the area. Police Chief Craig stated, “This is our way of taking back our neighborhoods. Certainly when you have locations where drugs are being sold, it’s a nexus to violence. So when we shut a drug house down or a place where drugs are being used, certainly it helps our fight against/abating violence. And we’re going to continue to do that.”

These raids are part of a larger scheme to send a message to criminals, scaring them away from the more densely populated crime areas. Police Chief Craig admits to serving, on average, 35 narcotic warrants a week. The local and state law enforcement usually focuses on the southwest side of Detroit, but now, they’ve moved in the north side. Police Chief Craig’s message to criminals is clear; violence and drugs are not going to be tolerated anymore.