The Dangers of Mixing Drugs 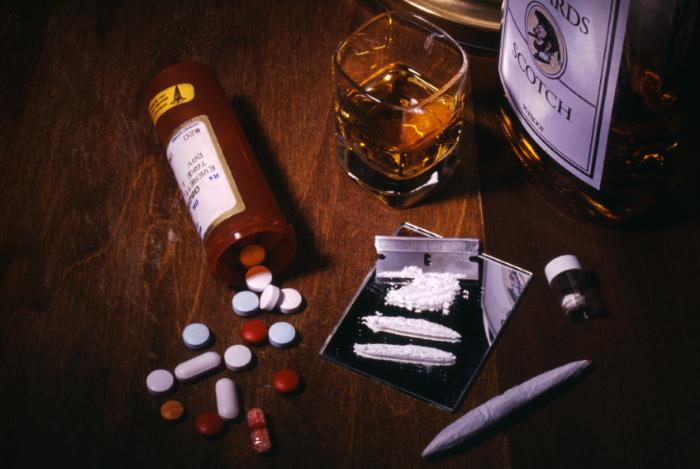 In today's society, many people increase their risk of serious health effects by mixing alcohol with different drug’s of choice. Alcohol can permanently damage your liver and heart, but more importantly, mixing certain drugs with alcohol can create a whole new chemical compound that attacks your Cardiovascular Nervous System (CNS). To avoid these health hazards, people must first educate themselves on the potential dangers that can not only hurt themselves, but their loved ones as well.

There are many factors that come into play when combining alcohol with other substances, including: height, gender, and weight. Other factors include the state of mind that the user is in, body and brain chemistry, illnesses, and other medications. Mixing alcohol with any drug(s) can cause serious biological damage, both short- and long-term effects, and even death.

Illegal drugs are extremely unpredictable. Not only are they made in makeshift laboratories, the other substances they are made with are usually unknown. “It could be cut with other cheaper drugs,” Drinkaware.co states, “such as tranquilisers or even toxic substances such as drain cleaner.” When mixing alcohol, the effects of the drug are going to range; they are either going to become exaggerated or canceled out.

Alcohol and the Human Body

Alcohol is classified as a depressant. When mixed with a stimulant, such as meth or cocaine, the two drugs create a dangerous conflict within the brain. While the alcohol (depressant) reacts with the Central Nervous System, slowing it down in the process, the stimulant speeds it up. This puts your brain under intense stress. The most common effect of mixing stimulants and depressants is nausea, urging your body to reject both drugs. Other effects include: increased heart rate, excessive sweating, psychosis, heightened blood pressure, muscle tension, disorientation, and even organ failure and death.

Santa Clara University’s SCU Wellness Center states, “The most dangerous thing to mix with a sedative (alcohol) is another sedative or ‘downer.’” When mixing downers, the Central Nervous System can become damaged, causing a deep state of depression and even death. The combined effect of both sedatives is more concentrated, making it three times stronger than the original sedative alone. If the CNS is slowed to a certain point, you risk shutting your body down and permanently damaging your brain.

ACID (LSD) – When alcohol and acid are combined, the strong visual hallucinations commonly seen during a “trip” can be increased. This visual increase causes users to feel a sense of dread, frightened by the overwhelming visuals known as a “bad trip.” The combined effect often gives the user the ability to consume more alcohol without experiencing their usual levels of intoxication. If alcohol is consumed in large amounts, extreme nausea can plague the user, causing them to painfully vomit. In these circumstances it becomes easier to blackout, go unconscious and/or die from alcohol poisoning.

HEROIN – Heroin is a depressant and slows the reaction of the Central Nervous System. Mixing the drug with alcohol – which is also a CNS depressant – can cause the combined effects to drastically increase the chances of heroin overdose. In an overdose, the respiratory system is directly suppressed, causing the user to stop breathing. Mixing heroin with alcohol can also increase chances of vomiting, putting sedated users at risk of breathing stomach contents (vomit) into their lungs which ultimately leads to suffocation.

ECSTASY – Combining alcohol and Ecstasy (MDMA) increases the chance of dehydration in the user. Taking either of these drugs already puts the user at risk for dehydration, and when combined, doubles the chance of dehydration. Severe dehydration can result in: sunken eyes, shriveled skin, low blood pressure, rapid heartbeat, fever, and in more extreme cases, unconsciousness. Also, ecstasy decreases the ability for the body to regulate temperature, while alcohol can quickly raise one’s body temperature to high levels, increasing the potential of death by hypertension.

COCAINE/CRACK – Without mixing and even in low doses, cocaine/crack increases a person’s blood pressure and heart rate. “When it is combined with alcohol,” SCU Wellness Center writes, “cocaine increases heart rate three to five times as much as when either drug is given alone.” Some of the more severe side effects of this deadly combination are heart attacks and heart failure. Multiple studies have concluded that mixing alcohol and cocaine can increase  the effect of both drugs or a negative effect where both drugs are canceled out.

If cocaine is ingested in large amounts, an overdose from either the alcohol or the cocaine is vastly increased. “Drinking with a stimulant, like cocaine, speeds up metabolism and alcohol reaches the brain faster, as if you had been drinking faster,” states SCU Wellness Center. Consuming alcohol at such a fast rate dramatically elevates the blood alcohol content in the user, making alcohol poisoning more likely.

Recently, studies have shown that the mixing of cocaine and alcohol causes the liver to create a highly toxic chemical called cocaethylene. Discovered in 1979, the life-threatening properties of cocaethylene do not take their toll on users until they are in their late 30s and 40s. Not only is this new chemical damaging to the liver, where it is formed, it is also the cause for heart attacks in young men and women. This combined chemical is extremely toxic to cardiovascular system, resulting in heart failure or sudden death.

MARIJUANA – The combination of smoking marijuana while drinking suppresses the sensation of nausea causing the likelihood of overdose. SCU Wellness Center writes, “When a person has consumed enough alcohol that alcohol poisoning is a concern, their body needs to vomit.” However, because the marijuana is suppressing the urge to vomit, the excess alcohol does not leave the body, resulting in an increased chance of alcohol poisoning.

METHAMPHETAMINE – Mixing alcohol and meth will cause the user to be less aware of the biological effects of meth, distracting them from the dangers that meth causes to their body. Users will feel a decrease in the “high” effect, but physical effects like blood pressure and heart rate, will remain heightened. This causes the user to become unable to tell when their body is wearing down and needs to stop. “Other undesirable effects can include delusions, violent outbursts, paranoia, heart and respiratory problems, seizures, and psychosis”, states Alcoholic.org. Mixing alcohol and meth also increases the duration the user is intoxicated, raising the chances of alcohol poisoning.

The devastating effects of combining already hazardous substances like drugs and alcohol are evident. Understanding one’s limits and the health risks involved with ingesting dangerous chemicals remains crucial for living a long, healthy and happy lifestyle.