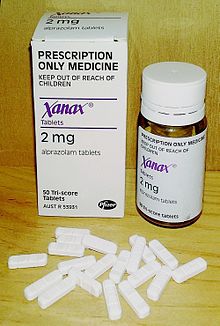 Like much of the United States, Connecticut is experiencing an increase in the use of heroin because it is a cheaper way for people to get high. Many heroin users switched to the drug after being hooked on prescription painkillers, but on the street, prescription drugs are much more expensive than heroin.

Heroin Use on the Rise

The average heroin user in the state is said to be a white male who lives in the suburbs and generally he is young. However, heroin users do come in all ages, races and women are also using this drug. Heroin users may also not be aware of actually what they are taking as it can be cut with other drugs or substances.

The cost of prescription drugs on the street is prohibitive for many addicts and heroin is much cheaper. For instance, in Connecticut, Oxycontin can cost $80 a pill on the street, but heroin only cost about $4 per bag. As the use of heroin increased, so did the number of fatal drug overdoses. In 2013, there were over 189 deaths due to heroin overdoses.

As it is in the rest of the country, prescription drug abuse is one of the fastest growing problems in the state of Connecticut. Prescription abuse deaths now outnumber those of heroin and cocaine overdoses combined. Some of the more popular prescription drugs bought and sold illegally include Percocet, Oxycodone, and Oxycontin. They are often sold on the street for 10 to 20 times their value, which means people may pay $10 to $60 per pill on the street.

To try and curb the abuse of prescription drugs, the state put a monitoring program in place that requires pharmacies to report what is being prescribed every week. It isn’t just opiates that are being abused though. Many college-age young people are taking Adderall, whether they are prescribed the drug or buying it on the black market. However, Vicodin and Oxycontin are the most abused prescriptions.

Marijuana Use in the State

Marijuana is the second most abused drug in the state, behind heroin. Connecticut has passed medical marijuana laws, but not for recreational use. It is the most widely used substance in the state. Most of the marijuana in the state comes from Mexico or the southwestern U.S. through Boston and New York.