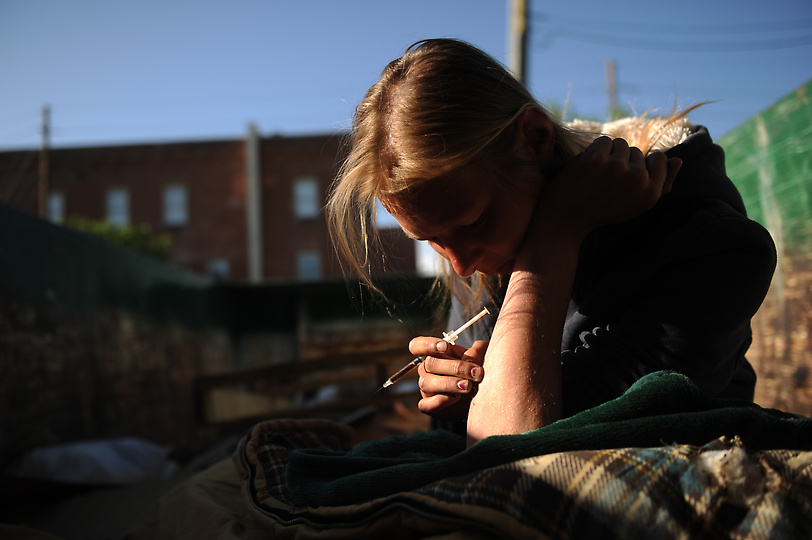 Heroin has many names: Smack, Dope, Sugar, Junk, Mexican Black Tar, China White and so on. Its high usage rate, causes the abundance of names to continually expand among different ethnic, age and gender groups. Now, more than ever, Colorado’s younger generation has been experimenting with Black Tar Heroin. The DEA and local law officials are in full force, desperately trying to stop this issue from spreading.

Cause and Effect: Why It Began to Spread

State drug statistics and surveys report that 4 out of 5 heroin users had previously used prescription medications like Oxycontin and Vicodin before they turned to heroin. Hoping to stop the influx of prescription pain medication abuse, national and state restrictions have been instituted to limit the amount of available prescription painkillers. However, this crackdown created an adverse effect. Due to the limited amount of painkillers, street prices drastically changed, raising from $10 – $15 to $40 – $50 per pill. Now, the price of one prescription pill is equal to four balloons of heroin (0.4 grams), which is a much better deal in the mind of an addict.

Heroin is spreading to a much younger age group than ever before. Nancy Lofholm, author of “Colorado ski towns see rise in heroin death and abuse”, writes, “in 2009, the average age for the first time trying heroin was 25½ years old. In the latest survey done in 2011, the average age had dropped to 22.” Heroin is also being manufactured in different forms, making it more appealing to young adults who might have shied away from it in the past. The most common way to induce the opioid high is through black-tar heroin; a thick substance that needs to be mixed with a small amount of water before it can be placed into a needle and injected into the vein. Recently, powder forms of heroin that can be snorted or smoked are being used more frequently, appealing to a user that fears a needle.

Medical authorities and local law officials have recently reported a new uprising of heroin use that has crossed over from big cities to smaller, mountain towns. The beautiful region of The Roaring Fork Valley has been hit hard by the spread of heroin. In the last year, the area has been devastated by the loss of three community members. Two of the deaths were young men. Jim Schrant, a special agent with the DEA, states: “It used to be more sporadic in ski towns. Six or seven years ago, we would have occasional use of heroin in these towns. Now it is regular."

Not only is the The Roaring Fork Valley in jeopardy, other small Colorado towns are now at risk as heroin dealers expand their market. In January, over five pounds of heroin was seized by local law enforcement after searching a vehicle only six miles away from Grand Junction. Local police speculate that the heroin came from a large metropolitan area, possibly Denver, and was going to be sold in the small city of Grand Junction. The DEA and local law enforcement are also looking into other theories on where the heroin might be coming from. Some believe that the heroin is from Mexico and Honduras, crossing into the United States and heading straight for small resort towns.

Heroin’s addictive dependence is due to the drug’s conversion to morphine as it enters the brain. Morphine binds to opioid receptor molecules, which are located in the area of the brain that controls pain and reward. The National Institute on Drug Abuse reports: “Opioid receptors are also located in the brainstem, which controls automatic processes critical for life, such as blood pressure, arousal, and respiration.” Most heroin related deaths are caused by suffocation, when the function controlling respiration is suppressed by heroin.

What most young people do not understand is that this dangerous drug is highly addictive and will instantly build a tolerance in which more heroin needs to be ingested to achieve the same effects. Increasing the amount of heroin needed to produce the same “high” increases the risk for dangerous long term health effects, and even death. Frequent users can develop an infection of the heart lining and valves, collapsed veins, gastrointestinal cramping, and kidney or liver disease. With all these serious health risks, it seems like an obvious choice to never use heroin. However, for young Colorado state residents, this is not the case.

Few understand the way addiction mangles families, and the rippling toll of the tens of thousands of fatal heroin and painkiller overdoses every year

Every day, friends and family members struggle to end the dark cycle of heroin addiction. Karen Hale, mother of Alysa Ivy who died from a heroin overdose, comments, “Few understand the way addiction mangles families, and the rippling toll of the tens of thousands of fatal heroin and painkiller overdoses every year.”  Without even knowing it, someone you love could be using heroin, desperately trying to hide the reality of their addiction. Here are some signs to look for when a person is abusing heroin: