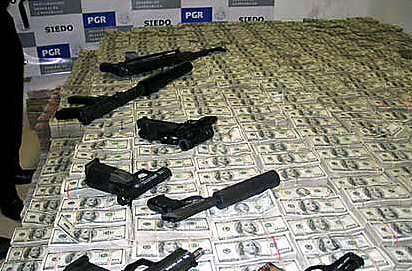 There were more deaths from prescription drug abuse in Colorado then from alcohol abuse, a statistic that reflects the rising popularity of prescription drugs on the black market. Colorado has seen an increase in drug abuse and drug-related incidents since 2006 that primarily involve their youth demographic. It rates in the top ten of all the states in the US for marijuana use among 12 year olds. Almost 50% of its college aged population engages in binge alcoholic drinking behavior. While there is an increasing illegal drug trade in the state, the abuse of legal drugs is fast reaching the same amounts. The increasing danger of the abuse of prescription drugs is putting a strain on the resources of the medical community and community mental health services in the state.

What illegal drugs are most common in Colorado?

The main illicit drugs that are available in Colorado are marijuana, methamphetamine (meth), cocaine, and heroin. All of these drugs are experiencing a rise in popularity that is surpassing the intervention programs. However, more people are seeking treatment for drug abuse and addiction than ever before. Part of the reason for the imbalance between the rise in drug use and the rise in those seeking drug treatment comes from an increase in population in the state.

There are two main areas that are the origination of most of Colorado’s illegal drug source – one is in the Southwest including California, Arizona and Texas; the other is in coming directly in from Mexico and South America. All of the drugs come from the Mexican drug cartels but their true point of origin can extend far into South America. The methamphetamine that is in Colorado is still primarily coming from out of state and out of country sources. While there are more meth labs present in Colorado this year, they don’t have a significant impact in the amount of illegal drugs sold on the street. The illegal prescription drugs have ceased to be entirely in-state procured and are now also being trafficked in.

What is the impact on Colorado of illegal drugs?

Since 2008, the number of drug-related deaths has doubled in Colorado. Much of this comes from the rise in prescription drug abuse, although the use of heroin and meth also contribute. Many of the non-prescription drug overdoses are attributed less to having consumed an overdose amount then to longtime users encountering higher grades of heroin (leading them to accidentally overdose) and/or due to drug interactions. The combination of illegal drugs, alcohol and prescription drugs is growing more common and increasing the amount of drug interaction emergencies being treated by physicians. The cost to the communities is rising as more emergency response teams and municipal police work are involvied responding to drug-related accidents, incidents or overdoses as well.

Illegal prescription drug use is on the rise in Colorado. Over 82% of the people survey reported that they had used prescription medication that was not prescribed to them in the past year. While there is an increasing sale of it on the illegal market, over 70% reported that they received the drugs from a friend or family member for free. The median age of abuse was from 12 to 24. The older age ranges were also heavily represented. The growth of illegal prescription drug use is most concerning as it is often taken in combination with alcohol and other drugs. The deaths from prescription drug interactions and overdoses due to taking it illegally have tripled and now surpass the deaths attributed to alcohol and other drugs.

How does rehab and treatment help?

Colorado has many treatment centers where people can find the help and resources to overcome their drug use and addiction problems. One of the issues that are important for the user and those who love them, to understand is why people try and become addicted to drugs. From an understanding of why people would try drugs, you can begin to understand the complicated nature of what it takes to create a successful recovery environment. Colorado has some of the nation’s most innovative drug education and rehabilitation programs in the nation that is designed to promote understanding of the impact of drug abuse and to provide resources for recovery for those in need.