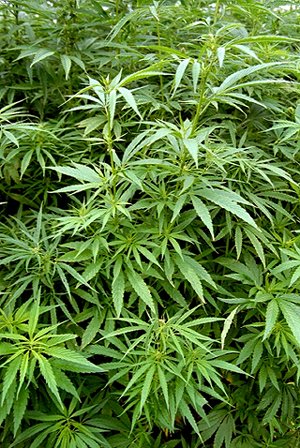 One of the biggest drug concerns in the state of Colorado is the abuse of prescription medications. A recent survey that was released showed at least five percent of the state’s population has abused prescription painkillers. Approximately 68% of people 12 and over admit that they were able to get painkillers from a relative’s or friend’s medicine cabinet.

Who is Abusing Prescription Painkillers?

Most people who are abusing prescription painkillers are between the ages of 18 to 25-years-old. On average, 300 people die each year in Colorado after abusing prescription drugs, particularly opioid painkillers. These deaths are now more common than traffic fatalities caused by drunk drivers. The Centers for Disease Control and Prevention, the CDC, says the problem is so bad that deaths from drug overdoses are one of the four most serious epidemics in the country.

Heroin Use on the Rise

During the last five years, heroin use in both Colorado and the country has doubled. Many of the people now abusing heroin were addicted to prescription painkillers and are using the illegal drug to help ease the withdrawal symptoms they have while trying to kick their painkiller habit.

The use of heroin rose to the third most used drug behind cocaine and methamphetamine in the state and in the Denver/Boulder area. The Drug Enforcement Administration noted that two types of heroin were being found in the Denver area, both Mexican black tar and Mexican brown powder. One reason for the increase in use is that heroin is cheaper to buy than painkillers.

Along with use heroin to help withdrawal symptoms when trying to stop using painkillers, with the cheaper price, many of those who were using painkillers switched to heroin instead. The two leading cause of overdose deaths in Colorado are painkillers and heroin.

Marijuana is still considered to be the most abused drug in Colorado and in the Denver area. The demand and supply for marijuana is still very high and there has been an increase in the growth of high potency marijuana, though it is being grown under the pretext that it is medical marijuana.

Colorado ranked in the top five in the country for marijuana among people 12 and older, for youth 12 to 17, young adults 18 to 25 and for people 26 and older. The state also has a high amount of indoor grown, high grade marijuana being trafficked out of state and several large outdoor growing operations, many of which are Mexican owned, have been seized as well.

Meth is considered the number one drug threat to Colorado because of its link to both violent and property crimes. It is estimated that methamphetamine use costs the state about $1.4 billion, which includes the loss of job productivity and costs of the criminal justice system, health and the foster care system. Meth ranked as the third most used drug in the state, behind cocaine and marijuana.

Deaths due to methamphetamines accounted for 10.5 percent of all reportable deaths during the 2004-2012 time period. Both the DEA and local law enforcement said the methamphetamine is readily available in the state and purity levels reached as high 90 percent.

By the 12th grade, approximately 81 percent of teenagers in Colorado have used alcohol sometime in their life and almost 19 percent tried alcohol for the first time by the age of 13. Statistics also show that almost 12 percent of adolescents admitted to binge drinking . Binge drinking is defined as having five or more drinks during the same occasion.

Prescription drug abuse is an increasing problem in the state of Colorado among all age groups, but especially among young people. Unlike other illegal drugs that have to be bought on the street, most young people have easy access to prescription painkillers because they can get them from the medicine cabinets of family or friends.