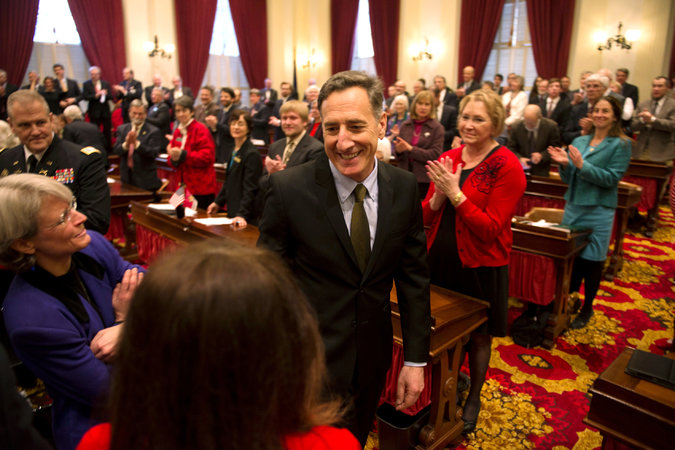 This year, Vermont Governor Shumlin addressed his year-opening House and Senate with a State of the State message about a single topic: drug addiction. Though a concern to the country at large as well, Vermont has a particularly nasty stint with heroin and opiate addiction, consistently ranking among the top 10 states..

Between 2010 and 2011, SAMHSA (Substance Abuse and Mental Health Services Administration) found that Vermont has the highest overall rate of illicit drug use in the entire country, with 15 percent of those surveyed reporting usage within the past month. Drug of choice was nearly irrelevant, from cocaine to opioids, with marijuana scores among the highest in the country at 13 percent.So, why is drug use so prevalent in Vermont?

Drug addiction is a combination of a large number of factors, most of them nebulous at best. In Vermont, multiple factors are likely at play, including the state’s colder weather, liberal attitudes, and overall high income levels.

Furthermore, Vermont is a heavily-trafficked commuter state, lying in between Montreal, Boston, and New York. Its small size and close proximity to many large cities makes it a natural drop-off point between destinations.

Check Your Insurance Coverage For Addiction Treatment - Most insurances will cover treatment. Get Financing For Addiction Treatment How To Get into Rehab without Paying For it. Free Rehab. DOWNLOAD GUIDE. Got a question about Addiction or Treatment? Talk With an Addiction Expert. Free & Confidential.24/7 365 Day. CALL: (269) 248-3713
Drug dealers can actually make considerably more profit off their products by trafficking them into smaller cities. According to Rutland police chief James Baker, a bag of heroin costing $5 in a big city sells for as much as $30 in his city. So, there’s an inherent draw towards selling product in places just like quiet, suburban Vermont.

Governor Shumlin’s State of the State speech addressed drug addiction head-on. He labeled the issue squarely as a “public health crisis” and called for it to be approached “with more common sense […] providing treatment and support, rather than simply doling out punishment, claiming victory, and moving on to our next conviction.”

The Governor went on to state that incarceration doesn’t actually solve addiction, it simply punishes the source, regardless of the criminal intent that went into the addiction’s development. This is especially relevant in children who grow up surrounded by addiction in their home.

The speech topic is not only apt, but it also resounds strongly with similar statements echoing out all across the world over the past year. From the UN’s leaked resolution to Europe’s solidifying “addiction as public health” stance, this seems to be a common theme as the tides of justice turn ever so slightly towards compassion and understanding.

Shumlin’s speech also contained a list of proposals that seek to take the first steps towards the state’s issues. Those included expansion of treatment capacities across the state, tougher sentences for drug transporters, increased drug prevention resources and increased efforts to divert prosecution into treatment.

Vermont’s opioid and prescription pills crisis is not unique, certainly. It closely mirrors the trend across the entire United States, away from ‘classic’ hard drugs and more towards prescription pills. However, Governor Shumlin’s approach to the overall drugs crisis in his state appears promising: tackling addiction itself – the core issue, instead of exclusively the symptoms (drugs).