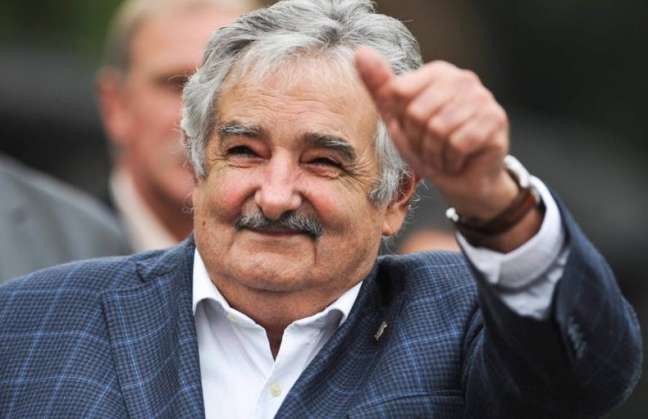 Not only is Uruguay the first country in the world to legalize marijuana, but its quirky, ex-guerilla president is now being nominated for a Nobel Peace Prize. The Uruguayan president, Jose Mujica, pushed a bill into law that fully legalized marijuana.

Recently, Jose has been nominated as a candidate for the 2014 Nobel Peace Prize. The Nobel Prize submission deadline was on February 1, and results will be announced in September. Mujica was nominated because his actions were undertaken against a virtually unified global opposition to the policy. His country was the first nation to legalize marijuana — both medical and recreational..

One major supporter of this nomination is Dutch NGO The Drugs Peace Institute, who have also sent letters to the Pope asking for support of marijuana reform and nomination of the President. On the matter of Mujica’s nomination, they wrote that Mujica’s stand is “a symbol of a hand outstretched, of a new era in a divided world,” and a “promise to bridge the gap between defiant marijuana consumers and the prohibiting society.” The institute went on to say that unlike many other drugs, marijuana is ego-diminishing – rather than inflating, such as those from the coca plant.

Mujica’s move to legalize is not only to satisfy the citizens: the drug trade in South America is brutal and dangerous, and shows no signs of getting better soon. Mujica calls for a new attempt, a path separate from that of the repression that has not worked after 50 years of official policy. The plan in Uruguay even consists of setting the price of marijuana at one dollar per gram, undercutting the black market’s current price of $1.40. Mujica makes it abundantly clear to the world that he’s not sure if his country’s plan will work, but that he believes something new needs to be tried.

Previously, Mujica made it to the top 10 of 2013’s Nobel Peace Prize selection, but the title went to the Organization for the Prohibition of Chemical Weapons. 2014 might yet be his year. It’s hard to find a better contender than a man who has endured many hardships, only to later become elected as president of a nation.