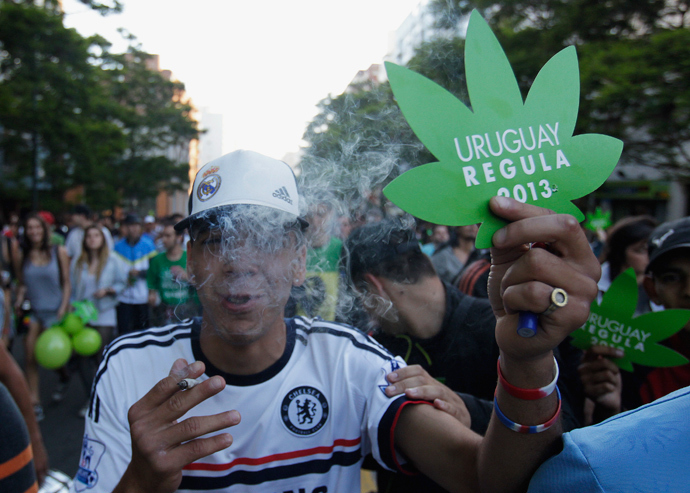 In a striking first move, the Uruguayan government passed a bill fully legalizing the sale and distribution of marijuana, both medical and recreational. Coming off the tail end of this year’s leaked U.N. report, which revealed a changing attitude on global drug policy, Uruguay’s bold action is a social experiment that will surely be under the world’s microscope.

In stark contrast to Washington State and Colorado’s 2012 legalization laws, Uruguay’s law is being instituted at a national level, in (more or less) opposition to the strong prohibition-only policy that was pursued on a global level up until the last decade or so. This is a very progressive policy move from what is widely considered the most liberal country in South America.

These new laws control distribution and attempt to place some constraints on marijuana use through the legalization, following the mantra that legalization offers control. This mentality is similar to when the United States’ own prohibitionist laws of the 20’s were repealed. A household may have no more than six marijuana plants (only if a license is held), and an individual may buy no more than 40 grams of marijuana in a month at a pharmacy.

The move towards legalization was first proposed last year, and is largely credited to Uruguay’s president, Jose Mujica. Mujica acknowledges popular opinion but cites the failure of the global drug policy to improve conditions in his own country – or any decrease in drug usage – as the main motivators for his push for full marijuana legalization. To quote a Huffington Post article, Mujica feels that “bureaucrats can do a better job of containing addictions and beating organized crime than police, soldiers and prison guards.”

The state now has 120 days to set up and commence functionality of the country’s marijuana marketplace. Uruguay is also the third country on the continent to fully legalize same-sex marriage, trailing behind only Canada and Argentina. Their lawmaking policies were delayed due to amendments that were proposed – and later ratified – which granted foreign tourists marital status, as well as locals.