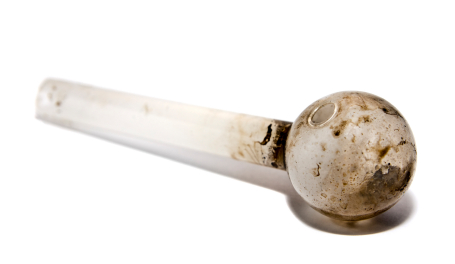 Ever hear the story about the mayor who got caught on videotape smoking crack? The name Marion Barry should ring a bell. In 1990, at the height of the crack cocaine epidemic, FBI agents procured a video of Barry, then the mayor of Washington, D.C., smoking crack in a hotel room. Last week, Toronto mayor Rob Ford found himself in a similar pickle.

A group of Somalian drug dealers are currently shopping a camera phone recording that allegedly shows Ford inhaling crack cocaine from a glass pipe. Representatives from both the Toronto Star and web media outlet Gawker claim to have seen the footage. The Star has not gone so far as to confirm that the man in the video is indeed Ford. Gawker, on the other hand, has started a crowdsourcing fund on the website Indiegogo to raise $200,000 to buy the film.

As of this morning, the “Rob Ford Crackstarter” had raised $78,000 toward its goal. Gawker editor John Cook, who traveled to Toronto last week to view the video, describes the damning evidence: “[Ford] seems to keep trying to light the pipe, but keeps stopping to laugh. He is red-faced and sweaty. Finally, he finds his moment and lights u

City Hall has categorically denied the allegations, with Ford himself calling the story “ridiculous” and refusing to address further questions. Deputy mayor Doug Holyday stated that he had “never seen the mayor or anybody else smoke crack cocaine.” Nonetheless, some in the city government feel that Mayor Ford must make a stronger statement to refute these claims.

On Sunday, several councillors expressed frustration regarding the distraction the media circus has presented. “The mayor needs to respond clearly to these allegations and we need to be able to move on,” Councillor Josh Matlow told the Star.

This is certainly not the first time Ford’s judgment has come under fire. During his election campaign in 2010, it was revealed that he had been convicted of DUI and marijuana possession in Miami in 1999. After initially claiming innocence, Ford admitted that the story was true. This past February, former mayoral candidate Sarah Thomson accused Ford of groping her during a political function. She alleged that he was under the influence of drugs at the time.

“I know he was intoxicated,” Thomson told the Star. “I went home and looked up a bunch of things over the weekend. I don’t know what it was, I was looking at the way he was treating me and I looked up what the effects of cocaine [are].”

Thomson’s accusations followed news that Ford had been asked to leave a charity event in early February for Wounded Warriors because the organizers feared that he was inebriated. According to the Toronto Star, it was “an open secret at city that the mayor has battled alcohol abuse.”

If Rob Ford’s substance abuse problem is as severe as numerous sources have suggested, he needs to resign from his position and seek help. Yes, he will have lost his job, but, hopefully, he will be able to keep his life.