Top-Ten Signs of an Opiate Addiction 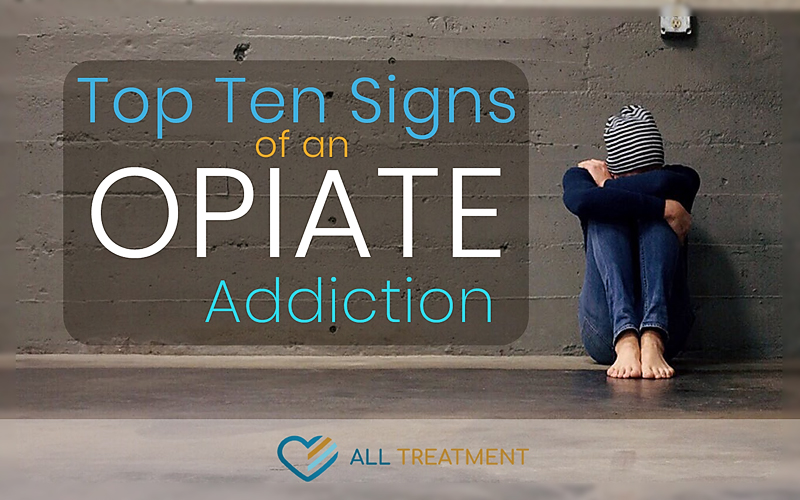 Opiate addiction in the United States has reached critical mass and is now one of the nation’s leading public health crises. Overdoses have escalated to record highs every year for the past four years and, according to the Centers for Disease Control and Prevention (CDC), killed 42,249 Americans in 2016. Between legally regulated prescription opioid painkillers such as oxycodone, hydrocodone, and morphine, and illicit opiates such as heroin, opioids pose a greater-than-ever risk to every portion of the United States population.

The Substance Abuse and Mental Health Services Administration (SAMHSA) reports 11.5 million Americans misused prescription painkillers in 2016, and nearly a million used heroin. Each person who struggles with this disease has a group of loved ones suffering right alongside them; however, this group is also empowered to guide their loved one toward treatment and lasting wellness.

Addressing collective opiate addiction starts with identifying and confronting it in our homes and communities—and that begins with identifying the disease in family and friends. While each opioid use disorder (OUD) sufferer’s case is different based on their individual histories, there are a variety of physical and behavioral signs that are common to all types of people.

The Top-Ten Signs of an Opiate Addiction Include:

have a question about Opiate Addiction Signs? Talk to one of our addiction specialist.  Call – 269-248-5793

Loved ones of those suffering from opiate addiction are uniquely positioned and especially empowered to identify a problem and help guide their addicted friend or family member toward treatment. These people seldom recognize their own dysfunction or endeavor to seek treatment on their own. Don’t ignore the signs. Identifying these signs can be critical in saving their lives. If your loved one is experiencing any of the top-ten signs of opiate addiction, something as simple as conversation can let them know that they have a problem, but also that they have a committed and supportive ally on their road to treatment and recovery.