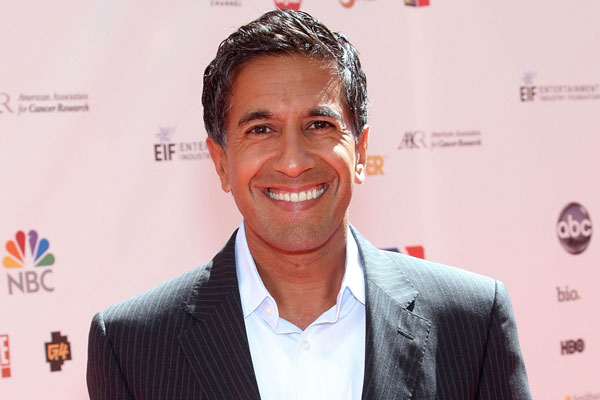 CNN’s chief medical correspondent Dr. Sanjay Gupta has made a full 180-degree turn regarding his stance on marijuana. After a year spent researching for the documentary Weed, Dr. Gupta discovered that there actually are medical benefits to marijuana, a fact that goes against the classification of the drug as a Schedule I substance by the Drug Enforcement Agency (DEA).

In both an article published this morning on CNN and an interview with Piers Morgan, Dr. Gupta apologized for any influence he had on promoting the belief implanted by the government that marijuana has no medical benefit and a high potential for abuse. He now recognizes that it was wrong to assume the DEA had “sound specific proof” for its choice in 1970 to list marijuana in the same category as heroin when there has not been “one documented case of someone dying of a marijuana drug overdose.”

“We have been terribly and systematically misled for nearly 70 years in the United States, and I apologize for my own role in that,” Gupta wrote. In complete opposition to the article he wrote in 2009 for TIME magazine, titled “Why I Would Vote No on Pot,” Gupta now believes it is “irresponsible not to provide the best care we can as a medical community, care that could involve marijuana.”

Gupta personally saw the unique relief marijuana can give while conducting research for the documentary, which is set to air August 11th on CNN. He met with individuals suffering from neuropathic pain and diseases such as PTSD and cancer who found marijuana to be more effective than prescription drugs.

“I apologize because I didn’t look hard enough, until now. I didn’t look far enough,” Gupta stated. “I didn’t review papers from smaller labs in other countries doing some remarkable research, and I was too dismissive of the loud chorus of legitimate patients whose symptoms improved on cannabis.”