Rise in Marijuana Poisoning in Pets 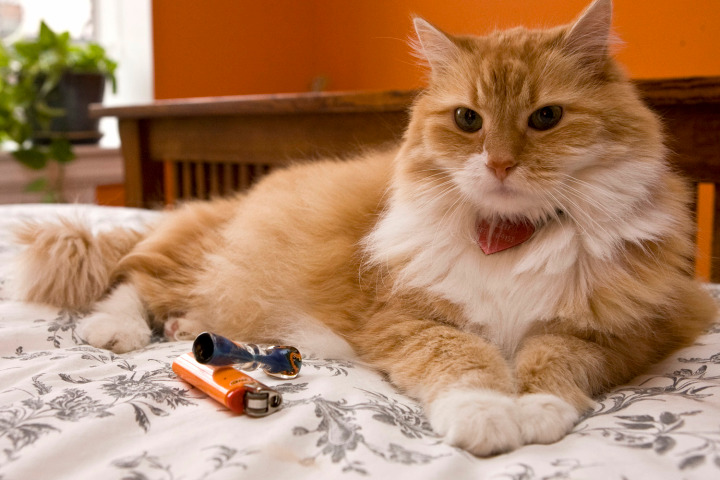 A few articles about the increasing number of pet poisonings by marijuana have been circulating the webosphere since its recreational legalization passed in Colorado and Washington. Specifically, since the opening of Colorado’s non-medical pot shops on New Years Day, many news sources speculate that the number of red-eyed dogs in animal hospitals is a direct result of the more green-friendly laws.

According to the Animal Poison Control Center, calls reporting pet poisonings by marijuana shot from 213 in 2009 to 320 in 2013. Some articles, such as this one from NBC, attribute the 30 percent rise to the pro-pot measures that have seen fruition across the nation.

One source the NBC article includes is a 2012 study in the Journal of Veterinary Emergency and Critical Care, which suggests a correlation exists between a “rise in dog pot poisonings and the increased number of medical marijuana cardholders.”

On the other hand, the article also includes a quote from Dr. Booth, veterinary emergency center owner in Boulder, Colorado, stating he saw more marijuana-related poisonings before legalization.

“As it’s become more commonplace in Boulder, and now with legalization, pet guardians have gotten pretty savvy. I see it less and less,” Dr. Booth told NBC. “If they haven’t had experience with it, then a friend has and word has gotten out. People are more conscientious and aware.”

While the reasons behind this upward trend are left to assumption, the fact of the matter is that marijuana is toxic to animals and both recreational and medical users need to be aware of its potential for harm.

Here’s what is indisputable: