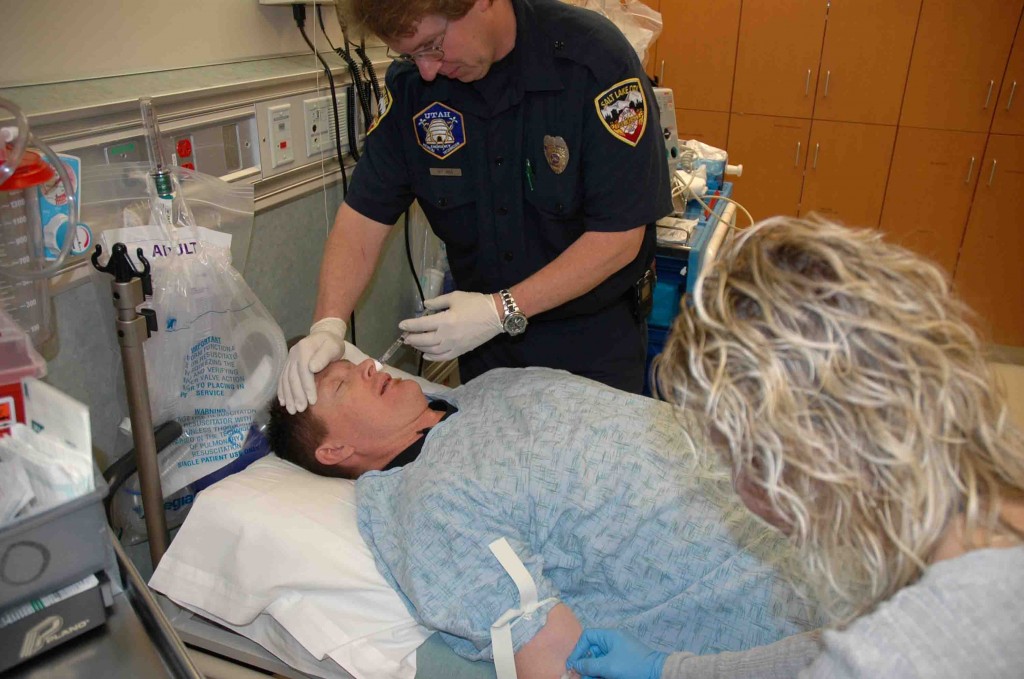 Law enforcement officers in Staten Island’s 120th Precinct — one of the most overdose-prone regions in New York City — will soon be carrying a new weapon in their pockets. Doses of naloxone, a drug that combats opioid overdose, will be provided as part of a new pilot program announced Friday.

“We’re trying to give some police officers an anecdote (sic) for overdose because the cops show up and somebody’s OD’ed … before a doctor can get there or an EMT,” Mayor Michael Bloomberg said.

Naloxone, also known under the brand name Narcan, comes in nasal spray form as well as an injectable liquid. It is used to counteract life-threatening symptoms of opiate overdose. The nasal spray form will be given to Staten Island cops, funded by a special Department of Justice grant aimed at tackling prescription drug abuse in New York City.

In addition to this pilot program, 35 New York City hospitals have adopted new restrictions on the amount of opioid painkillers that their emergency rooms can provide to a patient. These efforts come in the midst of a growing opioid overdose epidemic which, according to city statistics, killed 190 people just last year.