Flesh-Rotting Drug, Krokodil, Has Made Its Way to the US (Warning: Graphic Images) 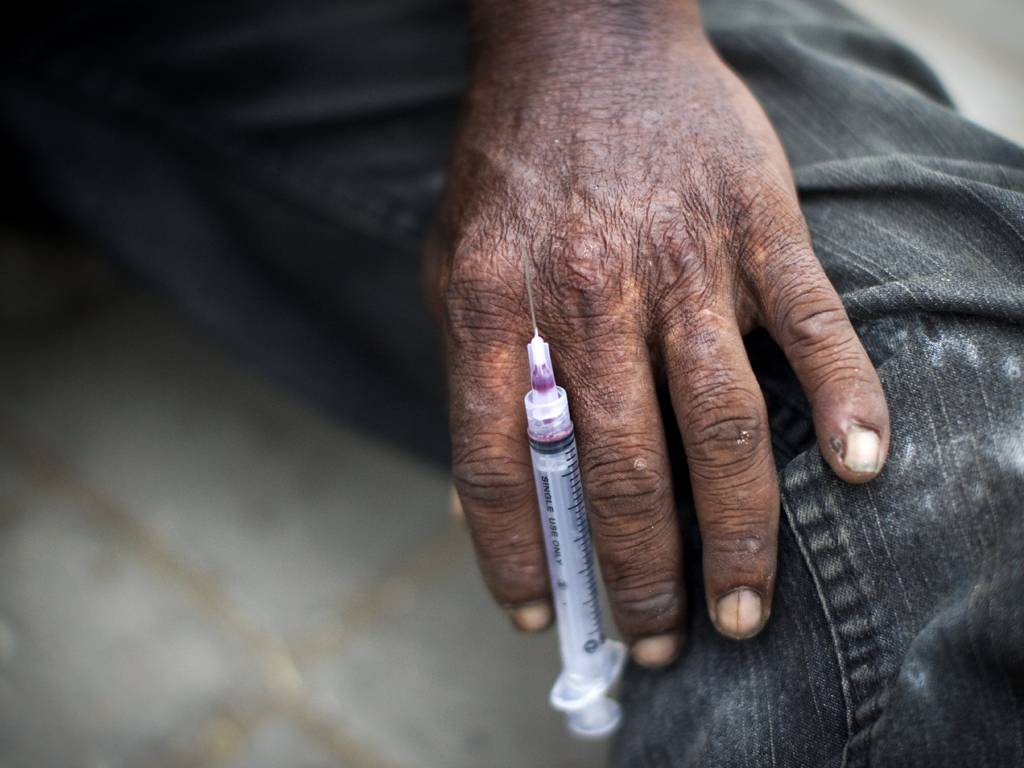 Hailing from Russia, a frightening, homemade drug has made its way to the US: Krokodil. The heroin-like substance is an extremely destructive mixture of over-the-counter codeine medication, alcohol, paint thinner, oil, and even gasoline.

This toxic concoction has the power to physically rot the flesh right off of the user’s body, disintegrating their teeth and bones into an almost reptilian appearance. Fittingly, it’s been named after the modern-day dinosaur.

Photo evidence after the jump (be warned, it’s more gruesome than any drug you’ve seen).

Much like meth, krokodil is a homemade drug. It is extremely cheap — a single dose costs ten times less than a heroin injection — and produces a very similar high. Those who cook it tend to make just enough at a time for themselves and the inhabitants of their “drug den,” but because the drug is so inexpensive to make, it has the potential to get a staggering number of people hooked.

To create the drug, the mixture of toxic chemicals is boiled and filtered.  The narcotic is typically injected, which also brings with it the risks associated with sharing needles.

In Russia, towns with the highest levels of unemployment are also the areas with the highest rates of krokodil addiction. An estimated one million citizens are hooked on the drug, despite its demonstrated ability to dissolve a user’s body.

Two cases of krokodil use have recently surfaced in Arizona, which is a major alarm to American society. Because of the drug’s flesh-rotting nature, users will have to be quarantined for treatment.