Just a Little Dab’ll Do Ya 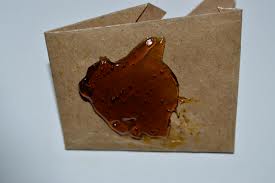 With groundbreaking information discovered about marijuana nearly everyday, the average pothead’s innovative techniques for getting high increasingly resemble that of a mad scientist. Lightyears beyond the days of using an apple or an empty pop can as a smoking device, stoners of all types have taken up the precise method of consumption known as “dabbing.” The incredibly concentrated cannabis used when dabbing seems like every marijuana lover’s dream; however, the rising popularity of dabbing has created somewhat of a divide among the pro-pot community.

So, what is dabbing? This charming term comes from the process of “dabbing” butane hash oil (BHO) onto a super-heated surface (like a nail) and inhaling the produced vapors. BHO- also known as dabs, honey oil, earwax, shatter, errl or budder- can exceed 80 percent tetrahydrocannabinol (THC) content.

Some praise BHO as “the future of cannabis”, claiming that merely one hit of the vapors will create a high that resembles the user’s first time smoking marijuana. However, others worry it could harm the marijuana legalization movement.

“Seeing teenagers wielding blow torches or blowing themselves up on the evening news might incite a new anti-pot paranoia that could set the legalization movement back decades…,” expresses High Times editor Bobby Black. He even affirms that the techniques used to produce dabs, “bear an eerie resemblance to those used for harder drugs like meth and crack.”

An Example of Dabbing

Many advocates project the widely accepted  idea that marijuana is perfectly safe and impossible to overdose on, but dabbing may counteract this argument with its immediate and intense affects. The 420 Times warns, “The effects from taking a single dab could be equated to smoking a full bowl to yourself in one hit or depending on your tolerance it could be like smoking 5 joints to the face. Regardless of your tolerance the high from taking a dab kicks in instantly.”

Dr. Dale Gieringer, on NORML’s board of directors in California, says there has been a recent rise in hospitalizations for cannabis overdose, attributing much of it to the increasing use of BHO. “Things like this never happened until the popularization of hash oil in recent years,” he wrote in a letter to O’Shaughnessy’s- a marijuana journal. “The number one hazard of dabbing in my experience…is the danger of passing out from an overdose.”

Gieringer’s concerns regarding an overdose from inhaling BHO reside in the idea that when one passes out, they may collapse and crack their skull. He even cites an incident that occurred at a NORML conference in LA, in which one person fainted and cracked his nose on the sidewalk and another person broke her teeth on the floor after dabbing.

Although the new pot phenomena has created some friction among the pro-pot community, many think that marijuana’s legalization would actually deter people from experimenting with dabbing. Allen St. Pierre, NORML’s executive director, attributes BHO’s popularity to marijuana remaining illegal on the federal government level. “Contraband product tends to become more potent under prohibition. This appears demonstrably true for cannabis, as the more the government commits resources and energy to ban cannabis, the more potent the herbal drug has become over the year.”

Marijuana has come a long way since the 60s and 70s, with the generations of today constantly evolving the contraptions used for consumption, as well as the drug’s multiple strains and potency. As more state’s embrace the legalization of cannabis, one can only fantasize about the possibilities these scientific stoners may conceive in the future.