Is My Teenager Taking Ecstasy? Signs of Ecstasy Addiction 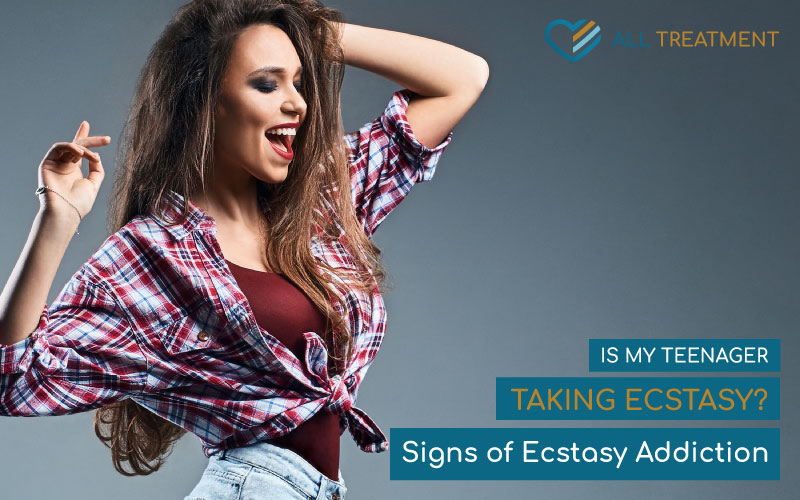 Is My Teenager Taking Ecstasy? Signs of Ecstasy Addiction

The use of club drugs like Ecstasy, Ketamine, GHB and LSD is on the rise all over the country. These drugs are easily found in nightclubs or at parties for teens and young people called raves. These drugs are also present on many college campuses. If you suspect your teenager is taking club drugs like Ecstasy, but you haven’t seen any indication they are using hard drugs like cocaine, heroin or smoking pot, you may want to check their room for innocuous signs of club drug use.

The paraphernalia used by club drug users, especially for those that take Ecstasy may seem harmless, if not childish. You may find pacifiers and lollipops in your teen’s room or a backpack. Although these items seem childlike, they have a serious purpose. One side effect of Ecstasy addiction is teeth grinding and involuntary teeth clenching so they use the pacifiers and lollipops to protect their teeth.

Along with those two items, you might also find glow sticks, surgical masks and menthol vapor rub. These items are used to stimulate and enhance the effects of Ecstasy. If you do find these items amongst your teen’s things, sit them down and have a talk with them.

Side Effects of Ecstasy

Ecstasy is enticing for teens and young adults because it gives users a euphoric feeling when they take it. It can also give them feelings of increased energy and emotional warmth. If you observe your teen for drug use, look for physical signs like rapid eye movement, muscle tension, teeth clenching, chills or sweating and nausea.

Psychological symptoms like sleeplessness, depression, severe anxiety, confusion and paranoia may also exist. If these signs are present, talk to your teen and get them help to kick their habit. Like any other addiction, it could lead to harder drug use.