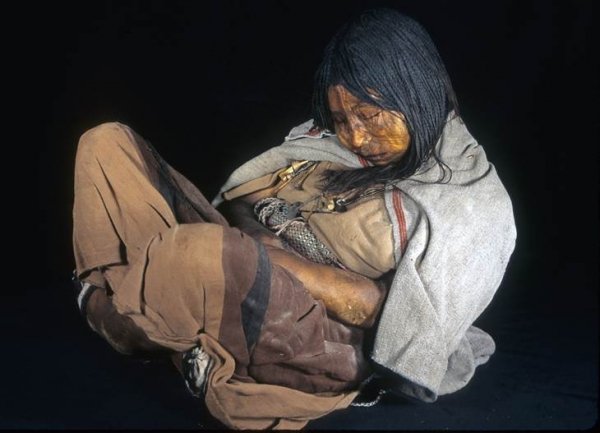 In 1999, archaeologists made a startling discovery. On the summit of Llullaillaco, a volcano in Argentina, three young mummies were discovered within a shrine more than 20,000 feet above sea level. Half a millennia later, scientists discover that the “world’s most-well preserved” mummies were drugged throughout their final months before being ritually sacrificed to the Inca gods.

The three children were regularly given alcohol as well as coca leaves. Scientists believe that they were drugged in order to make them more compliant with their impending death. The information was discovered from analyzing hair samples that have, along with the mummies, been frozen in time.

Coca is the plant from which cocaine is predominantly made, so one can ingest the plant and have a very similar high that one would feel from the narcotic. Coca mixed with alcohol is a combination far more toxic to the body than doing equal amounts of the two drugs separately, but it is also supposed to provide a strong euphoric feeling for the user. Administering this duo would have made these children more compliant and less anxious in the time preceding their demise.

Known to the world as “Maiden,” the oldest of the three mummies (pictured above) likely underwent a status change that the others didn’t “benefit” from. Llullaillaco Boy and Lightning Girl are the names that researchers have given to the younger children, who were only 4 or 5 years old at the time of their death. Scientists gained from hair sample analyses that Maiden even had an abrupt diet change once she had been “selected.” Not only did she have a change in diet, she also ingested far more coca mixed with alcohol than did the other two. In her last couple weeks of life, her alcohol consumption peaked after 21 months of use, which is 12 months more of drug use compared to the younger children.

The scientists believe that Maiden’s special treatment was due to the fact that she was special to the Incas. She was given special care and decorated, whereas the younger children were not. She was draped in jewelry and headdresses, and even had a lump of coca leaves in her mouth when she was discovered. Sacrificing people in this way was supposed to be a gift to the gods; in turn, the Incas would have successful harvests, good fortune, and good health. To be chosen for this sacrifice was an honor, and parents were supposed to feel proud when the priestesses were dragging their daughters away.

For more on this fascinating discovery, check out this article on the Huffington Post.