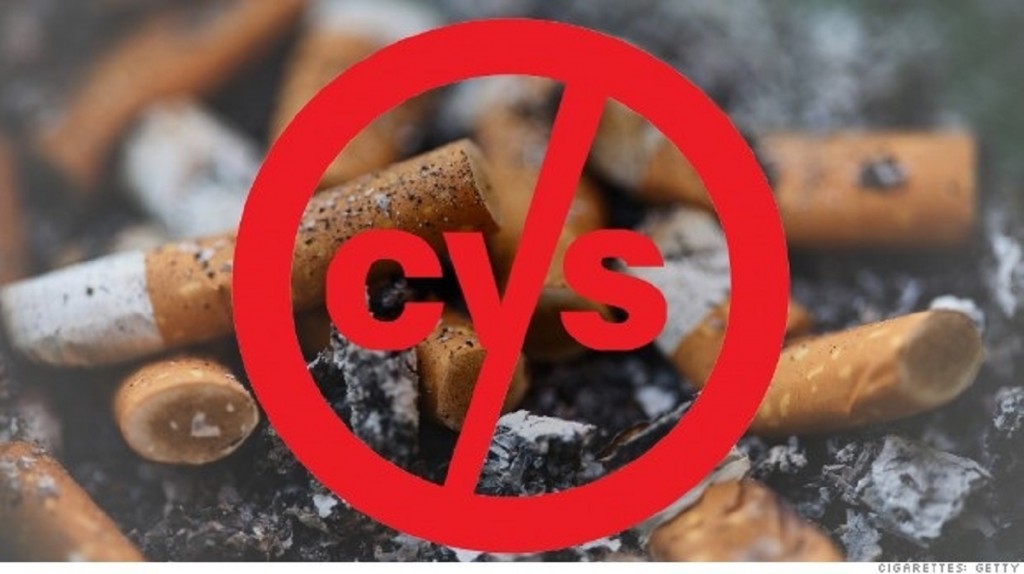 Pharmacy giant CVS today announced that their stores and pharmacy locations will no longer have the sale of tobacco products after October 1, 2014. Their announcement was accompanied by the statement that cigarettes are “inconsistent with their mission” for health. Tobacco addiction is a serious issue and has been determined to be the cause of 9 out of every 10 lung cancer patients, and nicotine addiction is grim as well.

Analysts predict that this change will likely not have a major impact upon the number of smokers. Likely, smokers currently buying cigarettes at CVS will migrate to convenience stores, where the current majority of cigarette sales occur.

Jeff Lenard, VP at the National Association of Convenience Stores, reports that 86 percent of all cigarette sales take place at convenience stores across the nation, not drugstores like CVS. Other statistics suggest that all 7,600 CVS locations nationwide account for only three percent of these sales — which total $90 billion per year.

CVS reports $2 billion will be lost per year in this move. That’s a small share of $90 billion, but the company states that it will make up these otherwise-substantial losses in “other areas.”

This move is not quite revolutionary — Target ceased sale of tobacco products in 1996 — but it is a forward-thinking move for a pharmacy. The move has been lauded by President Obama. Pharmacies within San Francisco are already prohibited from selling tobacco per city policy, a move in 2008 that many see leading to today’s announcement.

Other major pharmaceutical companies such as CVS’ main competitor Walgreens, have not yet issued any similar plans to cut tobacco sales.