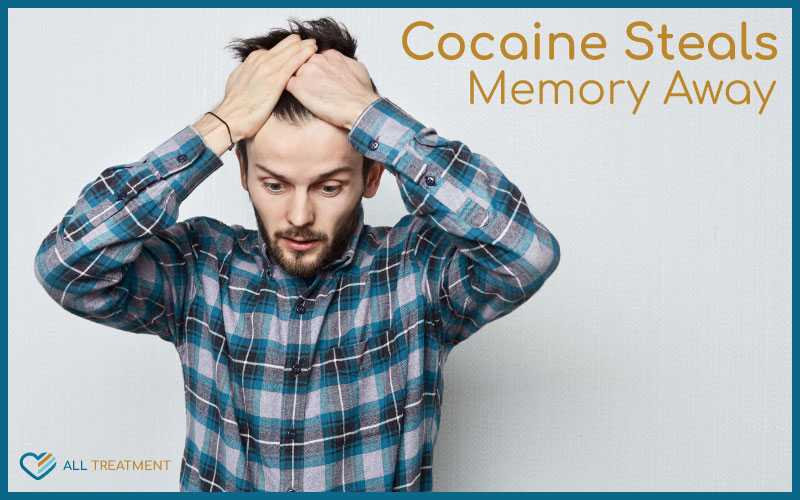 Cocaine steals memory away.Even though it sounds like something that may be common sense, it really isn’t. Many people will look at the effects of drugs and alcohol on their lives, but many times, they will choose to pursue the use of them anyways. Because of that, a number of scientists have taken the time to study those who have chosen to use cocaine (and other drugs, but this specific study focuses on cocaine) and how it hurts people for their entire lives.

The most recent study about the effects of cocaine on lives is how much it affects memory. This is coming up at about the same time as all of the studies about teenagers and young adults that use marijuana experiencing memory loss as well.

Check Your Insurance Coverage For Addiction Treatment - Most insurances will cover treatment. Get Financing For Addiction Treatment How To Get into Rehab without Paying For it. Free Rehab. DOWNLOAD GUIDE. Got a question about Addiction or Treatment? Talk With an Addiction Expert. Free & Confidential.24/7 365 Day. CALL: (269) 248-3713
It’s interesting to see how many of these drugs negatively affect and, essentially, harm the mind in so many different ways. Since you’re using them to alter consciousness and to make reality a little bit different, it’s really no wonder that they affect your mind in such negative ways. Cocaine actually has a really steep curve in this sense; even though the first short bit of use may not have a huge effect, the longer you use and abuse it, the worse it gets. People become absent minded and may have periods of time similar to amnesia (but it’s not permanent).

This makes it that much more important that we determine the best way to move forward with addiction treatment. There are plenty of issues that take away memory as we get older; by using drugs, we’re just opening that door even wider. Does this need to be addressed more, or is it something that will just continue as time goes on? It will be interesting to see what further studies reveal about this.