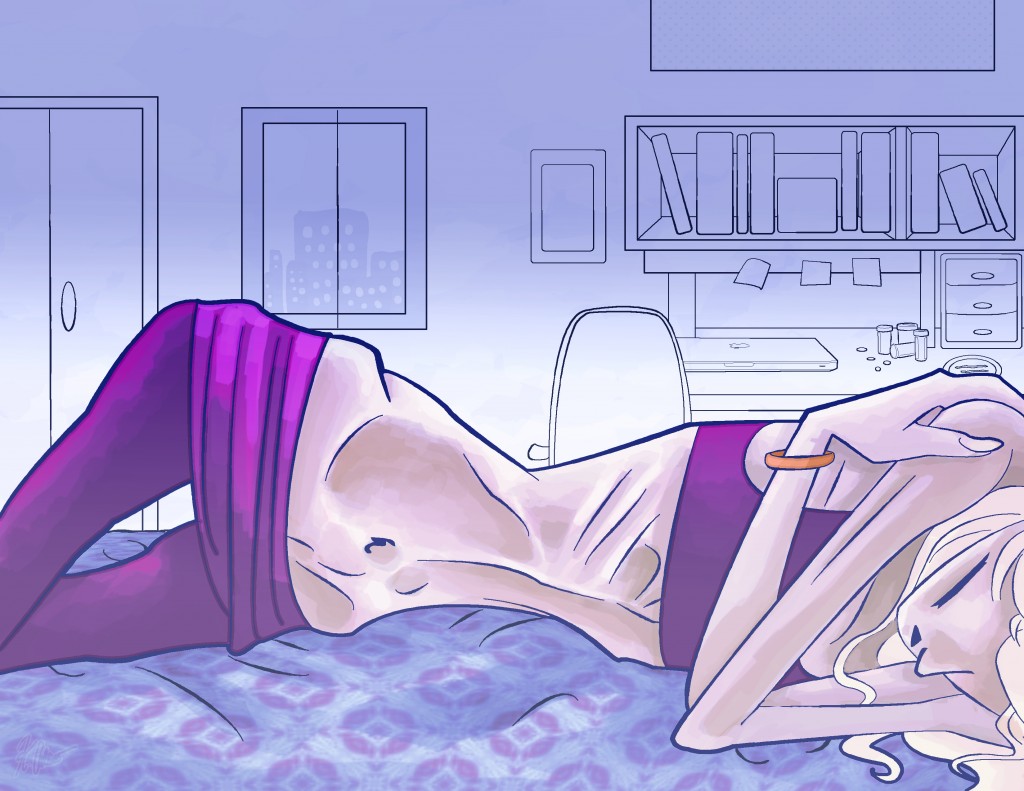 Facing the pressures to look thin, women struggle to keep up with the media’s projection of “beauty.” As technology becomes more advanced, editing pictures of models using Photoshop is a common occurrence. Most women find themselves consciously, or subconsciously, comparing themselves to images of women featured in magazines, online, and other areas of advertising. However, these images are extremely altered, creating an idea of perfection no woman can achieve.

Here is a video displaying the use of Photoshop and how we lose confidence comparing ourselves to an unobtainable image:

Succumbing to media pressure and the high expectations set by society, some women turn to prescription stimulants, like Adderall, to lose weight. Prescribed to patients with ADD (attention deficit disorder) and ADHD (attention deficit hyperactivity disorder), Adderall works “by increasing the concentration of norepinephrine and dopamine in the brain.” Many patients report feeling improved focus and concentration, which is helpful when trying to complete a task.

One of the most common side effects is weight loss. Adderall stimulates the dopamine receptors in the brain, which creates the feeling of euphoria and loss of appetite. Other side effects include:

Interestingly, there’s a higher chance for these effects to occur in people who do not have ADD or ADHD but are taking Adderall to lose weight.

According to Janet Taylor, author of Why Adderall Abuse in Women Is on the Rise, “The problem is not with the treatment. The danger lies with the 16 million Americans who will take a prescription drug for a reason other than why it was prescribed. That’s abuse.” Stimulant use has increased by 264% amongst women between the ages of 20 – 44 in the past 10 years. In the entertainment industry, the difference between being a size 2 and a size 8, can mean landing a job or not.

ISM Hearth reports that “Sales for Adderall XR (extended release) have more than doubled in the past five years, from 4.2 million in 2002 to 9.5 million in 2007.” The more prescriptions were written, the easier it becomes to acquire Adderall illegally. Many young women do not realize how harmful the effects of Adderall are when it is not prescribed for the appropriate dose and condition. If users ingest doses higher than prescribed, Adderall can become psychologically and physically addicting. Adderall also builds upon itself, which forces long-term users to increase their dosage just to get the same level of appetite suppression.

Besides the obvious fact that women should stop listening to the media and see that they are already beautiful, there are healthier options for losing weight. Regular exercise for 30 minutes a day releases dopamine, serotonin, and norepinephrine in the brain, which makes you feel good naturally. Eating nutrient-dense foods such as whole grains, fresh fruits and vegetables give you large amounts of energy in a healthy way as well.