A Renewed Interest in Researching LSD for Medical Uses 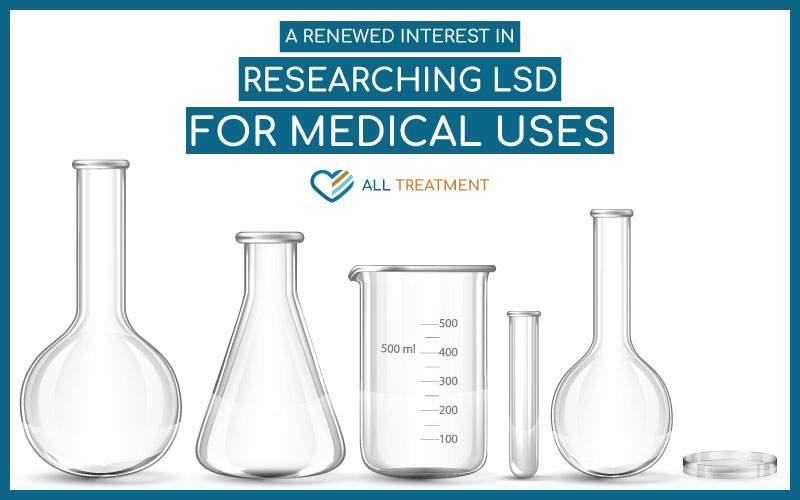 What was once considered the drug of choice by the counterculture movement in the 1960s, lysergic acid diethylamide, better known as LSD, has not only made a resurgence as a club drug, but it is also being researched for medical applications. According to Huffington Post Canada, Huffington Post Canada, research is showing that LSD could be used to treat problems like depression and alcoholism.

There is a renewed interest in using LSD, along with other substances like psilocybin, the active ingredient in “magic mushrooms”, in medical research. Scientists are not researching their side effects, but they are looking at their properties for treating conditions like depression and post-traumatic stress disorder, PTSD. Recent studies have shown the positive effects LSD can have on these conditions.

Early results of a 20-person trial indicated that LSD could possibly help to reverse negative or addictive thoughts. During the study, the volunteers, all whom had previous experiences with LSD, were injected with the drug and their brain activity was scanned.

Check Your Insurance Coverage For Addiction Treatment - Most insurances will cover treatment. Get Financing For Addiction Treatment How To Get into Rehab without Paying For it. Free Rehab. DOWNLOAD GUIDE. Got a question about Addiction or Treatment? Talk With an Addiction Expert. Free & Confidential.24/7 365 Day. CALL: (269) 248-3713
The drug altered brain activity, mood and the volunteers overall mental state. Only three of the volunteers had any “bad” side effects while on the LSD, including paranoia and slight anxiety.

A 2014 study showed that people with life-threatening illnesses had less anxiety when they took LSD and a study that was done with psilocybin showed it helped to relieve symptoms of obsessive-compulsive disorder. However, due to drug restrictions, scientists are worried they won’t be able to continue their studies.

The team in the UK doing the studies wants to continue to them, but the drug is hard to obtain and there are strict regulations for using recreational drugs for research. Funding the research has also been difficult and the researchers are trying to get additional money through online crowd funding sights.