Over 200 Hospitalized in Colorado from Synthetic Marijuana 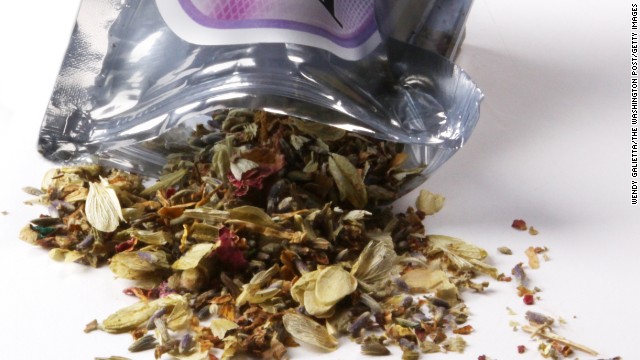 According to The Huffington Post, a joint investigation with state health officials began after observing an increase in synthetic cannabis-related emergency room visits in late August. In a federal report, 221 Colorado residents are believed to have been sickened by synthetic pot, also called K2 or Spice, in 2013, specifically between mid-August to mid-September.

The report also specifies that after looking into 127 of those 221, 10 were admitted into intensive care; however, no deaths were reported. Furthermore, of those 127 cases: 64 percent had high blood pressure, 32 percent said they were agitated and 25 percent reported confusion.

Synthetic cannabis, which is made of dried plant material that has been sprayed by chemically-altered compounds, is illegal in the state of Colorado, while marijuana is legal. So why are people still using it?

Well, for one, it’s a cheap alternative that is said to produce a stronger, more unpredictable high. But at $20 a gram, these small packaged “herb blends” still sold at smoke shops and convenience stores can come at a high price for one’s health. Smoking these spice products can cause hallucinations, psychosis, strokes, brain damage and even death.

The problem at hand for regulators and users alike is that the chemical makeup of these designer cannabinoids keeps changing to stay above water in terms of legality. Investigators were able to pinpoint two new variants, ADBICA and ADB-PINACA, that reportedly landed several people in the hospital. More chemicals are continuously being created without sufficient research on their risky effects.

On the plus side: four stores that were selling synthetic pot were shut down by law enforcement as a result of the report and the first recreational marijuana dispensary was opened in late November.