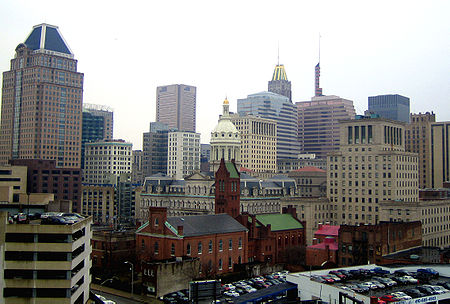 Baltimore is a city in the state of Maryland with a population of more than 622,000. Drugs and Baltimore go hand-in-hand with the city even being infamously called America’s heroin capital. Keeping track of drugs and their movement in the area has become so difficult that the entire city has been zoned off as a ‘High Intensity Drug Trafficking Area’.

It comes as no surprise that the top three drugs that are giving law enforcement agents a run for their money are heroin, cannabis, and crack cocaine. These three stubbornly continue to be the primary illicit drugs in 2016. In 2015, crack cocaine, cannabis and heroin were the top drugs that adults who got arrested tested positive for.

Heroin has been around in Baltimore since the 50s. It’s been around for so long that it has become an integral part of this city’s lifestyle. Many people don’t see anything wrong with the white narcotic powder, and in other circles, taking the drug for the first time is seen as a rite of passage.

Reports by Baltimore’s DoH show that approximately 10% of Baltimoreans are addicted to heroin. As per the DEA, Baltimore has the highest per capita heroin addiction rate in all of America. In total, the city is believed to have more than 60,000 drug addicts – this is according to the latest federal reports. 48,000 of these are heroin addicts.

These addicts snort, heat and inject, or smoke the powder. Baltimore’s Department of Health is worried that the powder being sold on the streets has become more potent than heroin that was taken in the past. In fact, the heroin sold in this city is also more potent than that sold in other cities across the U.S.

In 2015, there were over 304 people who died from heroin overdose and another 300+ who were taken to emergency rooms because of drug overdose. One gram of the addictive powder is sold for anywhere between $100 and $120.

Deaths caused by overdosing and intoxication have been on the rise since 2011. By 2012, there had already been a 15% increase alone. 1 out of every 3 heroin addiction deaths in the state of Maryland occur in Baltimore. Statistics such as these have been enough to prompt a strong community response.

Community Response to the Drug Problem

Due to the rising teenage use of drugs, and recent deaths of teens, parents and teachers are coming together in schools to discuss this crucial drug problem. Parent Teacher Association meetings are no longer just places to meet and discuss general annual reports and school matters. Parents are informed about the latest drug trends that children are exposed to, from smoking weed to popping pills. These are issues that teachers have realized many parents are oblivious to because they think it couldn’t possibly happen to their child, but it is. Teens in Baltimore are facing drugs every day and parents need to know how to tackle this problem.

1.18% of Baltimore’s total population has sought help at some point in their life concerning substance abuse. More than 32,334 people are admitted to the city’s rehabs every year. The city accounts for close to 53% of heroin rehab admissions across the state of Maryland. It also accounts for 37% of crack cocaine admissions and 12% of opiate admissions.

Treatment varies and depends on several factors. Rehab officers have to assess what your problem is before they begin any treatment. Some people just need to manage the withdrawal symptoms. For those coming off of heroin, they are normally put on a ‘substitute drug’ known as buprenorphine.

Other people require more help as the root of their problem tends to be psychological. Substance abuse in most people tends to be a secondary problem. If you dig deep enough you will often find that there is an underlying cause as to why someone started taking drugs.

For people who become addicted to prescription medication, it may have been triggered after an accident and they were put on painkillers. But after the wound healed, they couldn’t seem to wean themselves of the prescription meds. Such people are also found in Baltimorean rehab centers.

There are some people who experimented with drugs out of curiosity and ended up addicted. But there are also people who suffer from issues such as depression or war veterans suffering from post-traumatic disorder who need drugs to cope with life. Whatever the case or the cause that has brought someone into rehab, there is always help available in Baltimore’s scores of rehab centers.