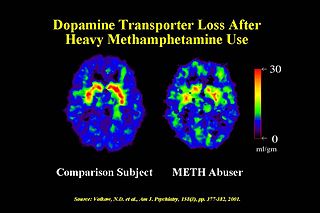 The extent of alcohol and drug abuse in Arkansas is significant and has grown dramatically over the past decade. Alcohol addiction has increased 134 percent since 2009 alone, while inhalant use among 3rd and 4th graders is down, every other category of drug use has increased since 2001. The demographic that has shown the greatest increase in the drug use is the ages of 14 to 24. There is no drug that is not represented in the statistics concerning abuse and addiction in Arkansas. Alcohol remains the single most abused drug, legal or illegal, and over 46% of all admissions to drug and alcohol treatment centers were for alcohol.

Why is alcohol abuse on the rise in Arkansas?

The cost, availability and social acceptance of the use and abuse of alcohol in Arkansas continues to make it one of the most abused drugs in the state. It is present in all areas – urban, rural and suburban. Use of the drug crosses all class and socio-economic lines.  Statistics do not reflect that the abuse of alcohol is a gateway drug, but that in many incidences where alcohol was involved in an accident or injury that there was also a companion drug present.

What other drugs are of concern in Arkansas?

The illegal drugs in Arkansas cover cocaine, heroin, methamphetamine, marijuana and illegal prescription drugs. The drugs of the greatest concern in the state are cocaine and methamphetamine. Unlike many of the surrounding states, since 2006 there has been an increase in the amount of methamphetamine labs in the state. The state police report that of all the arrests and admissions to drug facilities over 10% were for cocaine, but 10.6% were for methamphetamine in 2009 and the number keeps growing. 1 in 4 children under the age of 14 report having tried marijuana with over 30% saying that they had used it within the past 30 days.

The rising problem of methamphetamine in Arkansas

The growth of methamphetamine in Arkansas is of particular concern as this is a fast addicting and physically destructive drug. Its popularity as a recreational drug has increased over the past decade and the amount of public education about its dangers has not kept pace. The ingredients to make it are cheap and the potential for being able to make enough to use, and enough to make money with it huge. In combatting this drug the police are heavily involved as the presence of meth labs not only presents a drug danger, but a public safety danger as the meth labs can easily explode and are often staged in neighborhoods. Arkansas has one of the highest methamphetamine rates in the nation. Treatment for methamphetamine is successful when coupled with adequate social support.

Who uses the most drugs in Arkansas?

Arkansas has the distinction of having one of the largest, and fastest growing, youth female drug abusing populations in the country. Unlike other states where youth drug abuse is centered around marijuana, alcohol and prescription drugs – in Arkansas most of the cases involve marijuana, alcohol and cocaine or heroin. This increase in youth female drug abuse is not clearly understood but most of the Arkansas drug addiction and treatment centers have special programs for youth females, women, and women with children.

What about Illegal Prescription Drug Use?

There is illegal prescription drug use in Arkansas but the statistics report it is one of the lesser drugs currently being abused. Prescription drug abuse tends to occur in the19 to 24 year old male demographic and is mostly associated with urban areas. The use of prescription drugs with alcohol has been one of the highest causes of drug overdoses and death within the state.

Are Drugs Getting Better or Worse in Arkansas?

Arkansas is experiencing a growth in illegal drug use and the abuse of a variety of legal drugs. What is most striking about the statistics coming out of this state is that it has one of the youngest populations that are using drugs. This is not like the youth and young adult population of Arizona that is experimenting and/or binge drinking, but 60% of teens surveyed reported having used marijuana within the past 30 days, and to use it on a semi-regular basis. Arkansas is also facing a growing problem with synthetic drug use including methamphetamine, heroin and the designer synthetics sold as incense or bath salts. The incidences of drug related accidents and deaths has increased, as has alcohol related accidents and deaths too.