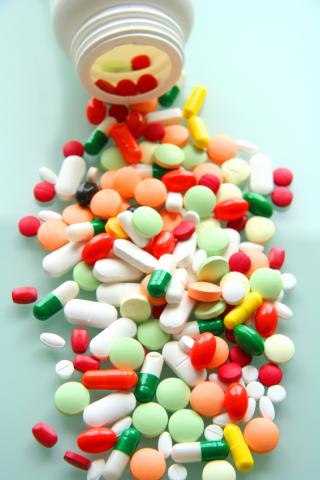 When people think of the south, they are likely thinking of open rural areas, and places where that the people are relaxed and peaceful. But, at the same time, drug abuse is actually a huge problem in many rural areas in the South. Alabama has become one of those states where drug abuse has become an even bigger problem than ever before, and because of that, it’s important to explore what some of those issues are. As we will explore here in this article, the two biggest offenders for drug abuse are opiates and prescription drugs.

This is a fairly general term to use for drugs, but there are a few different drugs that fall into the category of opiates. Opiates include methadone, heroin, and a small handful of prescription drugs as well. That being said, we will get more into detail with prescription drugs in the next section – in this section, we’re going to focus on illegal drugs that are considered opiates.

Alabama has seen a huge surge in the use of these drugs in the past few years, especially when it comes to heroin. One of the biggest issues that ends up showing us how bad it is relates to how many deaths we are seeing in Alabama per year for heroin overdoses – in 2014, that number was 4 times as much as it had been in previous years. That much of an increase in deaths is considered to be a big red flag to law enforcement. According to law enforcement, the issues are happening because of the drug cartels that are bringing the drugs from over the border, and it’s because the people who used to be addicted to prescription drugs end up going for heroin later on because it costs a lot less than prescription opiates do.

So, what does this mean for Alabama? A few things. The Drug Enforcement Administration is working on adding new programs to help prevent the issues related to heroin coming into the state in the first place. Many of these programs target young leaders, which are the ones who can help initiate change in their peers. These young leaders work together to help find ways to prevent further abuse and use of these drugs, and to educate people so that they can and will avoid the drugs in the future. Other programs are currently being explored and developed.

The youth programs discussed above were actually started to help try and combat the issues that were happening with prescription drug abuse in teenagers and young adults. Then, as the heroin problem got worse (as we discussed above), they started to convert those programs to also target heroin addiction as well. At this point in time, Alabama is starting to develop other programs to help with prescription drug abuse as well.

That being said, prescription drug abuse is most common in teenagers, with middle aged adults following close behind when it comes to numbers. Some of this has to deal with accessibility, but in other cases, it has to do with overprescribing medications. Because there is such a high population of middle aged adults in the state, you will find that it’s quite easy to get the medications that you’re looking for. Mix that in with the fact that you see a number of persons from the drug cartels in the south who also have access to the prescription drugs that are commonly abused, and you’ve got the perfect storm in which prescription drug addiction can start and thrive. Even though law enforcement has been trying to put a stop to such issues, those changes do take time and effort, and the results of that labor are still yet to be seen at the time of this article’s writing.

As drug abuse and imports have become more common in Alabama, it’s even more important than ever to get the situation under control. There are a number of factors that are involved in controlling drugs in rural areas, but the most important factors include education and awareness. The more aware we are of the problems that this can cause; the more of a chance that we have to prevent further issues from occurring. If you reside in Alabama and you are looking for assistance when it comes to drug rehabilitation of any sort, then you will want to seek out the assistance of a professional agency, like those we have listed on our website. You don’t have to try and break free from addition on your own – help is available.